By reserving your place, you accept this declaration of responsability.

'Catching limits' is the name of the company's most prominent contemporary dance workshop taught by Nadine Gerspacher. It is aimed at dancers, circus artists and actors of advanced / professional level. The class consists of exercises to awaken the body and raise awareness about the physical instrument in its entirety. We focus on breathing, joints, muscle tone, and stability to improve physical strength. Nadine invites participants to participate in technical exercises, including floor work, games, and complex composition phrases. Participants learn to activate and anchor their core to optimally experience freedom of movement. Duet work, guided improvisations, and drama assignments underline class activities to support play and creativity in movement and expression.

Since 2011, she has created her own company in Barcelona and has a wide repertoire that explores the border between physicality and theater. Since 2019, she has started a trilogy around the changes caused by the digital age in human relationships. In spring 2021, the last part of the trilogy portal: 'Non-upgraded Existence' premiered in Freiburg.

In the field of teaching, she has been working since 2007 at the Varium school. She also gives workshops and creates dance-theater pieces for companies and training schools throughout Europe and the rest of the world. Since 2018, she has been co-artistic director of the FRE3 BODIES creation and performance program in Barcelona, a platform that acts as a bridge to the professional world for talented performers. 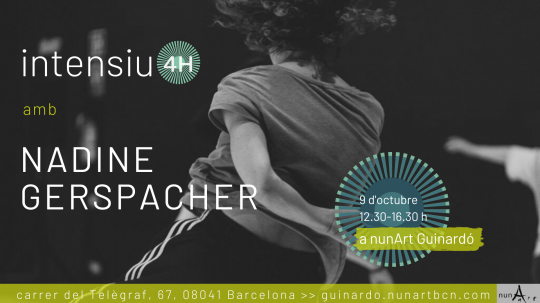